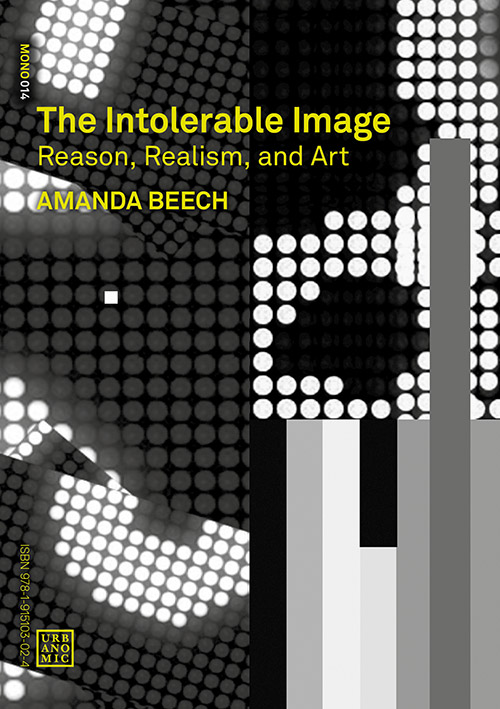 Modern and contemporary art have often defined themselves against the conceptual and linguistic mediations of reason, claiming that their practices offer a different and more direct access to the real or the material.

Employing a unique configuration of philosophy, art theory, and consideration of specific artworks together with analysis of popular culture, current political events, and Hollywood cinema, artist and theorist Amanda Beech challenges this deep-seated orthodoxy, asking how art can instead be understood as a space within which the project of reason is pursued.

Developing out of the idealism of theological-sacral art, sustained in Romanticism, and entrenched by poststructural antirealist critiques, the notion that art is opposed to reason defined the political and social hopes of the avant-garde, was manifested in the crisis of a self-conscious conceptualism, and remains implicit in the ontologies of immanence, anti-representationalism, and new materialist theories of affect championed in contemporary works today.

But the grounds for art’s autonomy as nonreason have never been secure, Beech argues, and are associated with a tragic sensibility and ultimately with naive and conservative beliefs about the nature of the image.

Worse still, while it asserts its natural right to the field of unreason and its access to a real that language cannot touch, contemporary art in fact continues to be of service to persistent and dominant ideologies.

Considering the various possible relationships between reason and realism, Beech asks what kinds of ‘picturing’ they involve, and what forms of epistemology they mobilise.

When we can no longer maintain the assumption that it necessarily exceeds the normative linguistic practices of reason and is more ‘real’ than other ways of addressing the world, what might the practice of art become?

The Revenge of Reason