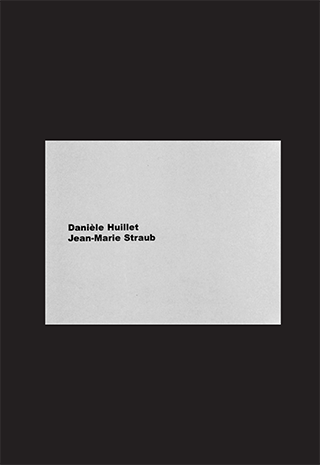 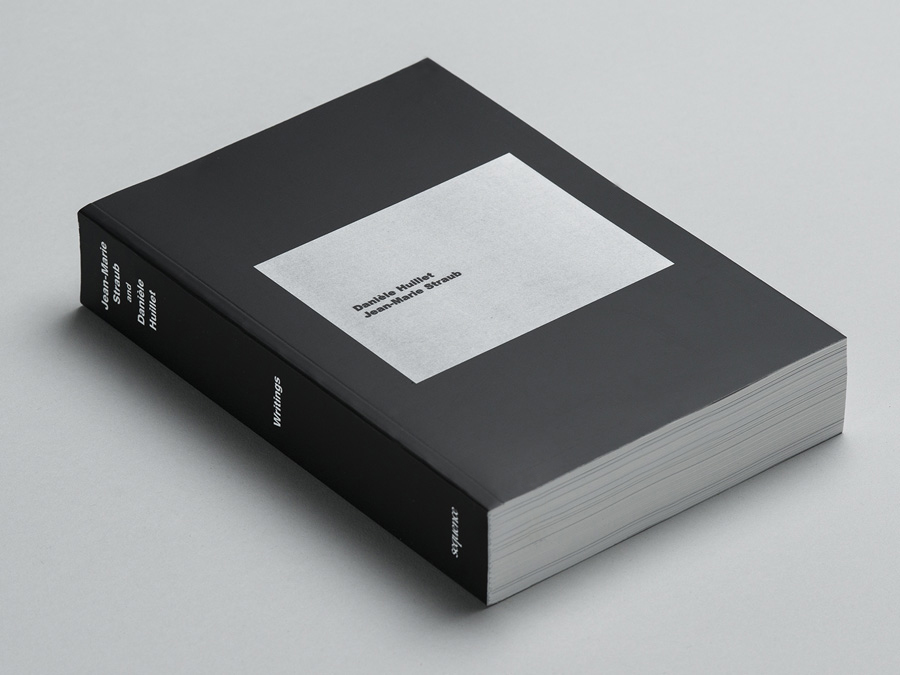 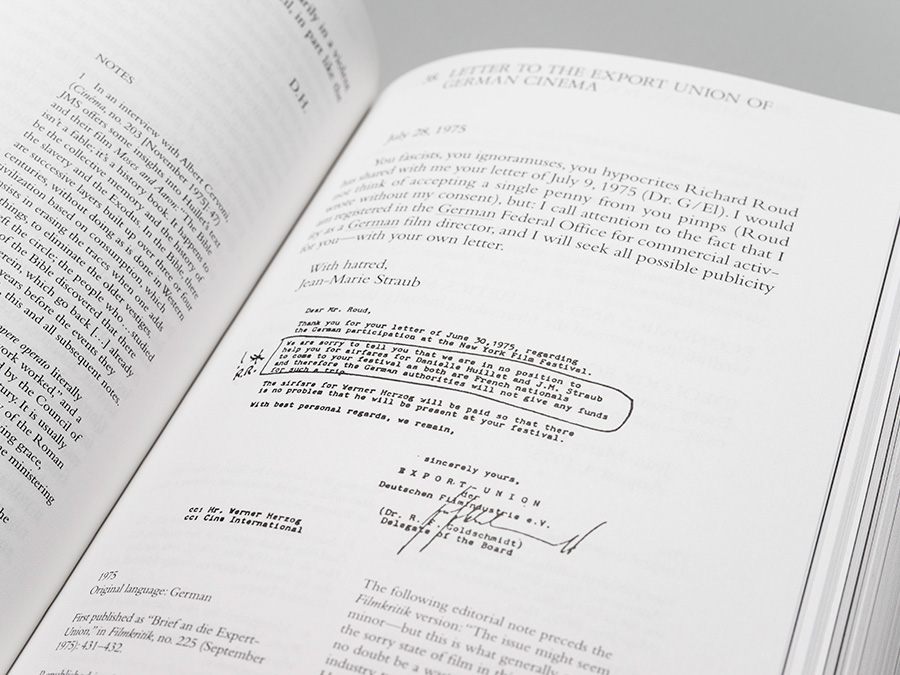 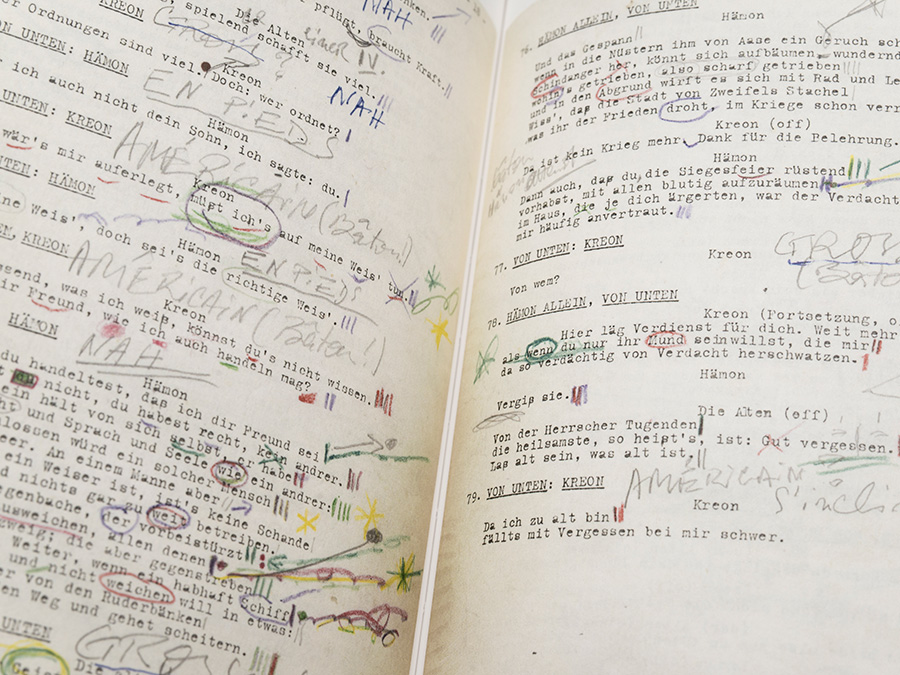 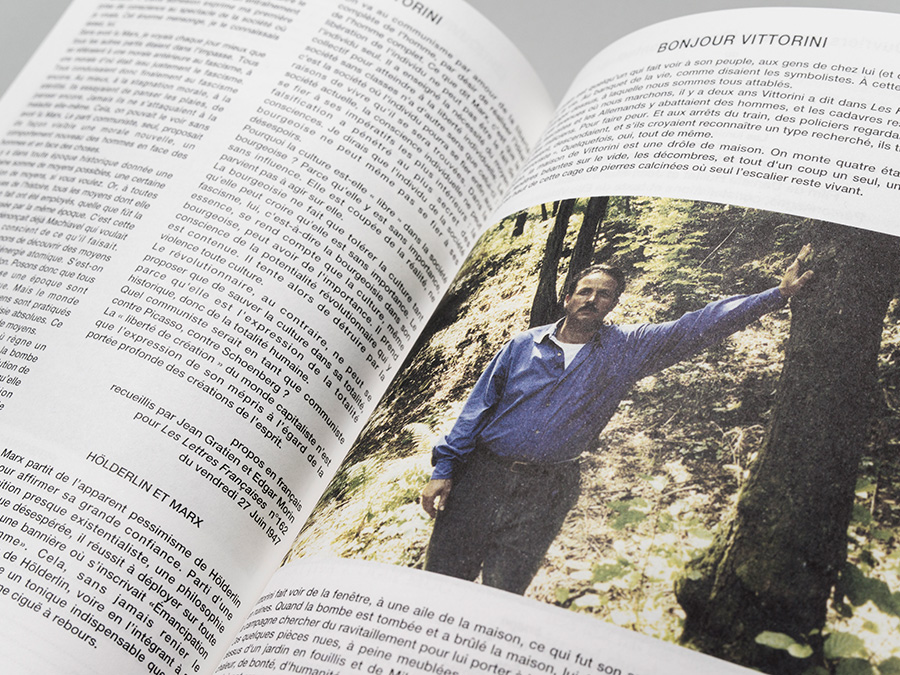 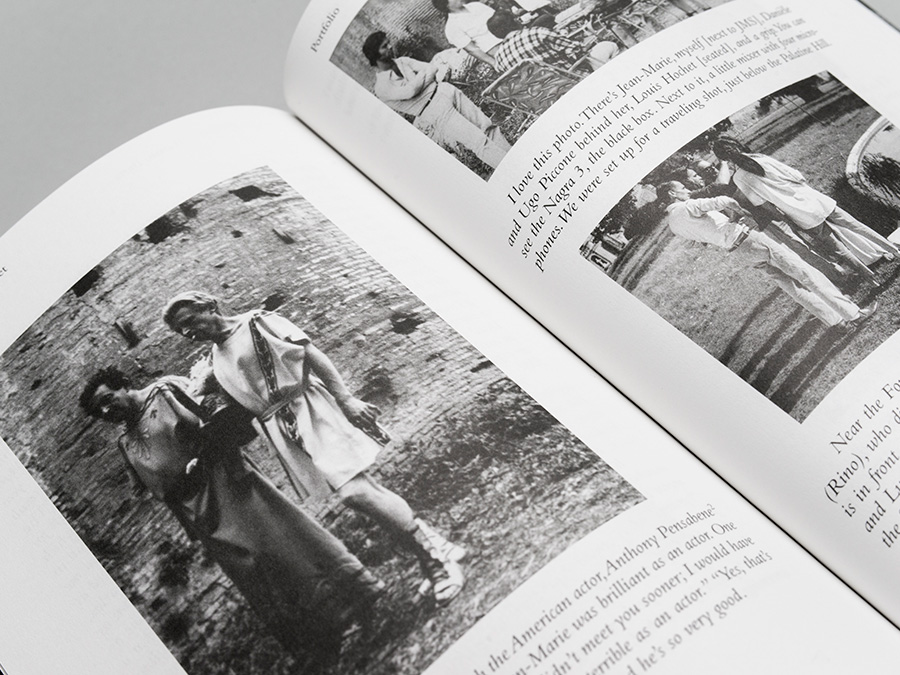 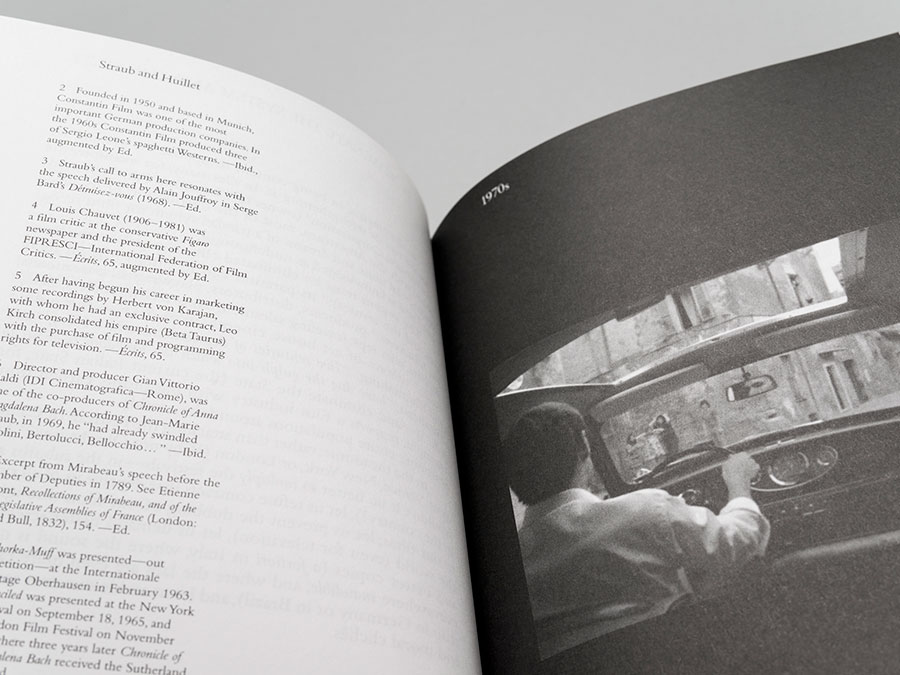 A text is spoken; it merges the sphere of ideas, from which it comes, with an immediate and sensible sphere of bodies that give life to them, with a nature that sustains these bodies, and that they in turn nourish by naming it. The body, in which language resonates, becomes the body of the text itself and protracts its speaking.

Here trees are trees and become trees. We learn by taking pleasure in the sublime essence of colors (leaf-green, earth-brown, sky-blue, bronzed-skin…), of timbres (voices, birds, steps…), of textures (flesh, fabric, earth…), the irreversibility of gestures.

These shots are rich in their concerted poverty: here’s how.

—Anne Benhaïem, from introduction to ‘Conception of a Film’

Sequence Press is pleased to announce the publication of the writings of the filmmaking couple Jean-Marie Straub and Danièle Huillet, presented for the first time in a critical, English-language edition. Two of the most exacting directors of the past fifty years, Straub and Huillet are renowned for their meticulous adaptations of works by giants of Western art and literature: Sophocles, Corneille, Bach, Hölderlin, Cézanne, Brecht, Schoenberg, Kafka, Pavese, et al. The publication coincides with the first complete U.S. retrospective of their films opening on May 6 at the Museum of Modern Art in New York, and the concurrent exhibition, Films and Their Sites, at Miguel Abreu Gallery.

Jean-Marie Straub came of age as a slightly younger contemporary of the French New Wave. Like those directors, he began his career writing film criticism. ‘Writing about films’, Jean-Luc Godard later said, ‘was already a way of making films’. This volume thus begins with Straub’s early film criticism from the 1950s and traces the evolution of over five decades of writing activity, from manifestoes and trenchant declaratory texts, to detailed descriptions of working methods, letters, questionnaires and select interviews and oral interventions.

Writings opens with an introduction by Sally Shafto that provides an in-depth look at Straub and Huillet’s beginnings, within the context of the emergent filmmaking forces of the time. The book highlights their rigorous methodologies as translators of key texts, and the precision work required to adapt those translations for the screen. As Straub himself said, ‘We are the only European filmmakers, filmmakers of European nations. We make films in Italian as well as in French and in German. Who else can say that?’ The book brings us behind the scenes and reveals how their publication practices mirrored those of their film production and distribution, as they often made distinct versions of the same film using alternative takes and different languages.

In addition to the published texts, the book comprises a richly illustrated Atelier section featuring three full length annotated film scripts, along with other pieces of writing, such as letters to their collaborators, shooting diagrams and schedules, lab notes, and press kits, all of which bring the reader into the heart of Huillet and Straub’s creative process. The volume closes with a Portfolio of intimate photographs of the filmmakers at work, with onsite observations by their long-time director of photography and collaborator, Renato Berta, and a detailed filmography.

Jean-Marie Straub and Danièle Huillet resolutely eschewed a Hollywood style of spectacle filmmaking to create some of the most raw and beautiful, as well as innovative and profoundly moving films of our times. Their writings open up a further understanding of their essential contributions, and their unique place in film history.