Theory of the Solitary Sailor 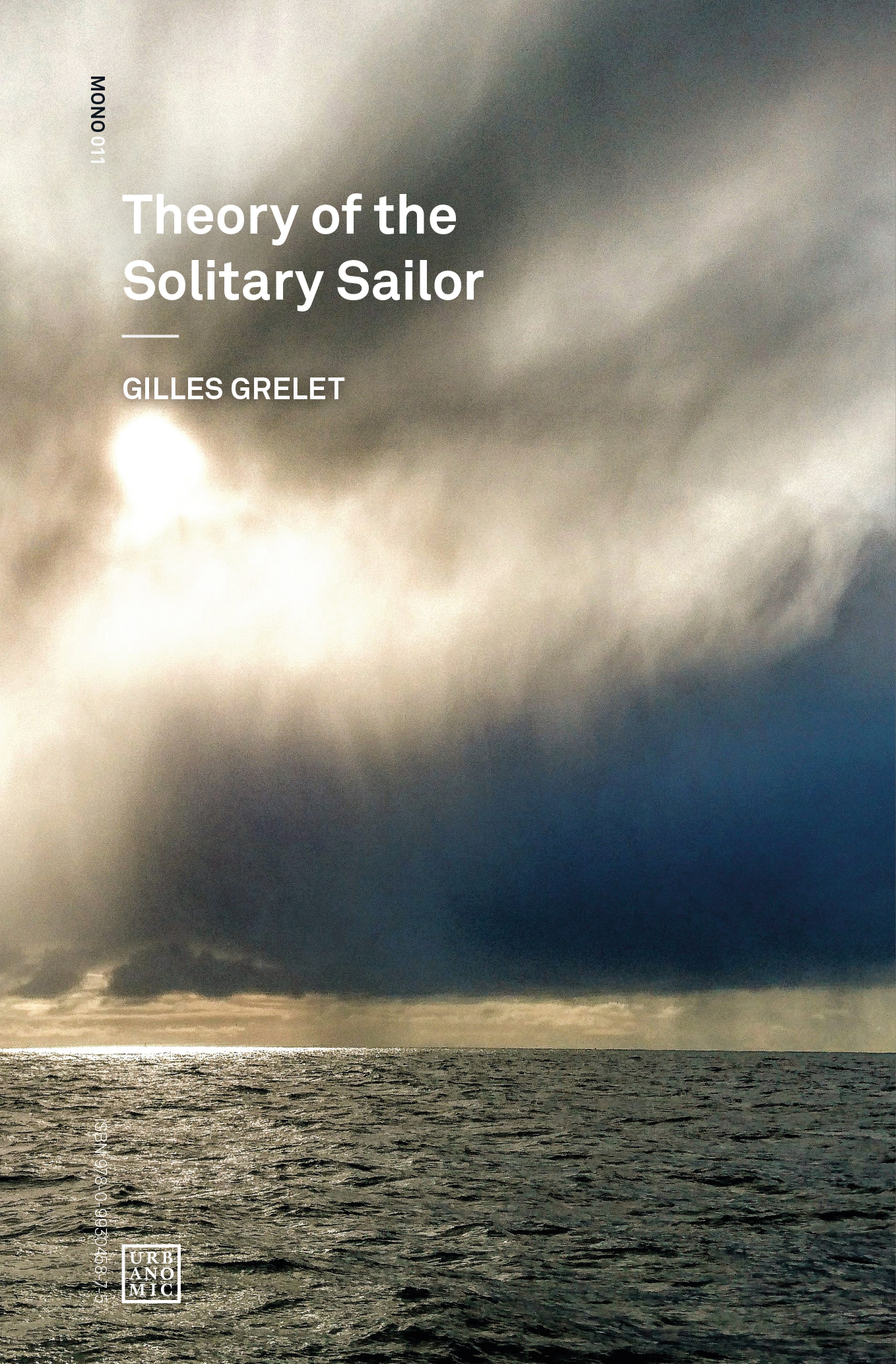 There are those who go to sea in order to quit the world, to purge themselves of it, and those who annex the sea to the world, making it as worldly as they can….

Over a decade ago, Gilles Grelet left the city to live permanently on the sea, in silence and solitude, with no plans to return to land, rarely leaving his boat Théorème and never for more than a few hours at a time. An act of radical refusal, a process of undoing one by one the ties that attach humans to the world, for Grelet this departure was also inseparable from an ongoing campaign of anti-philosophy.

His book is neither a spectacular nautical tale, a guide to maritime lore and technique, an essay that uses sailing as an allegory for some spiritual practice or promised wisdom, nor an anecdotal account of the shifting moods of one who has chosen life on the sea. Like François Laruelle’s ‘ordinary man’ or Rousseau’s ‘solitary walker’, Grelet’s solitary sailor is a radical theoretical figure, herald angel of an existential rebellion against the world and against philosophy’s world-thought, point zero of an anti-philosophy as rigorous gnosis, and apprentice in the herethics of navigation.

More than a set of scattered reflections, less than a system of thought, Theory of the Solitary Sailor is a gnostic device. It answers the supposed necessity of realising the world-thought that is philosophy (or whatever takes its place) with a steadfast and melancholeric refusal. As indifferently serene and implacably violent as the ocean itself, devastating for the sufficiency of the world and the reign of semblance, this is a lived anti-philosophy, a perpetual assault waged from the waters off the coast of Brittany, amid sea and wind.