Zalamea, America
On Logic and the Theory of Science 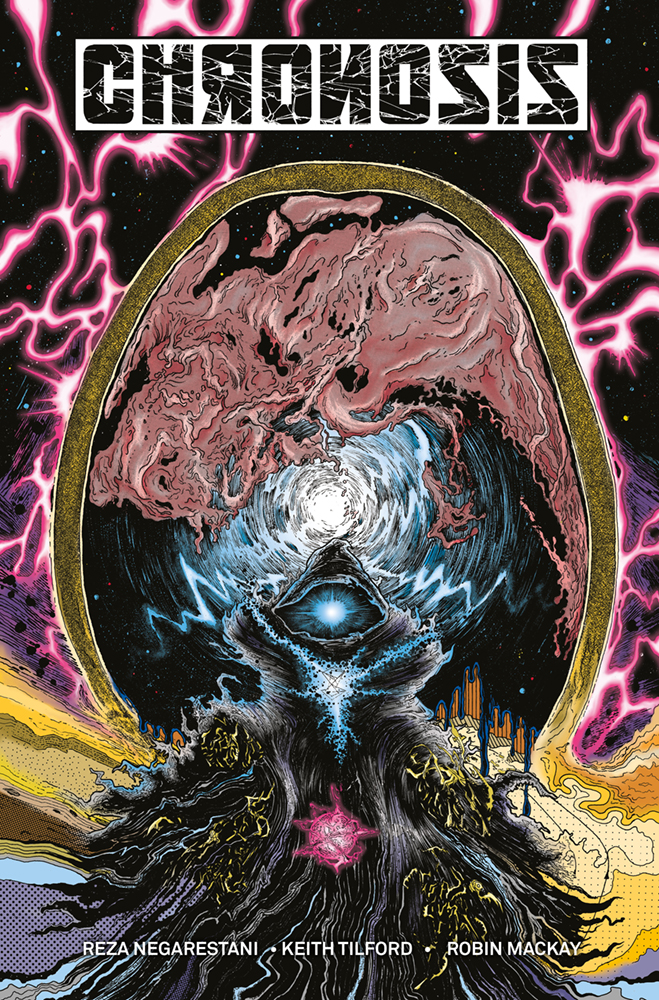 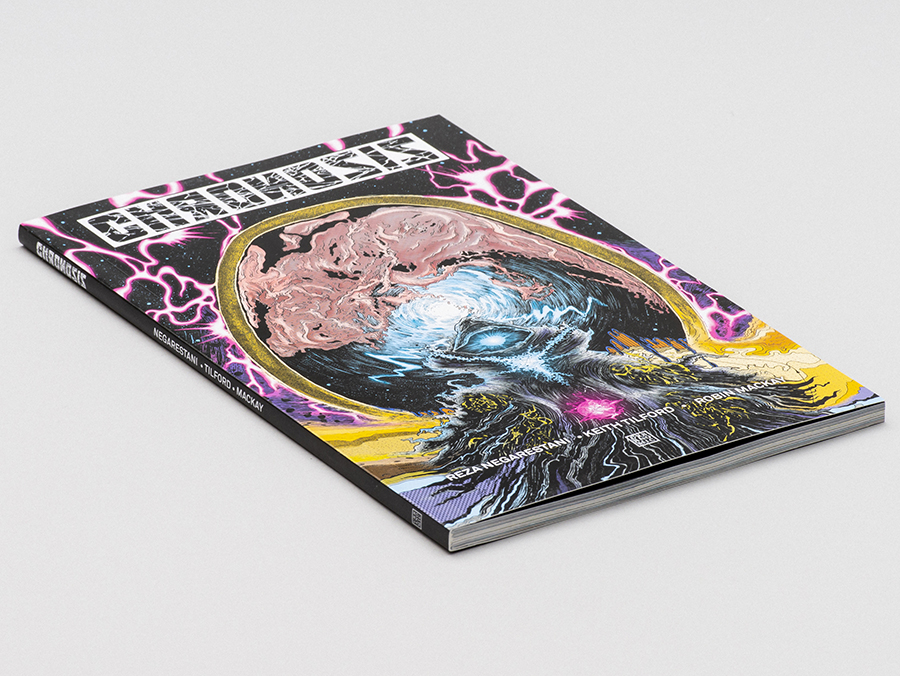 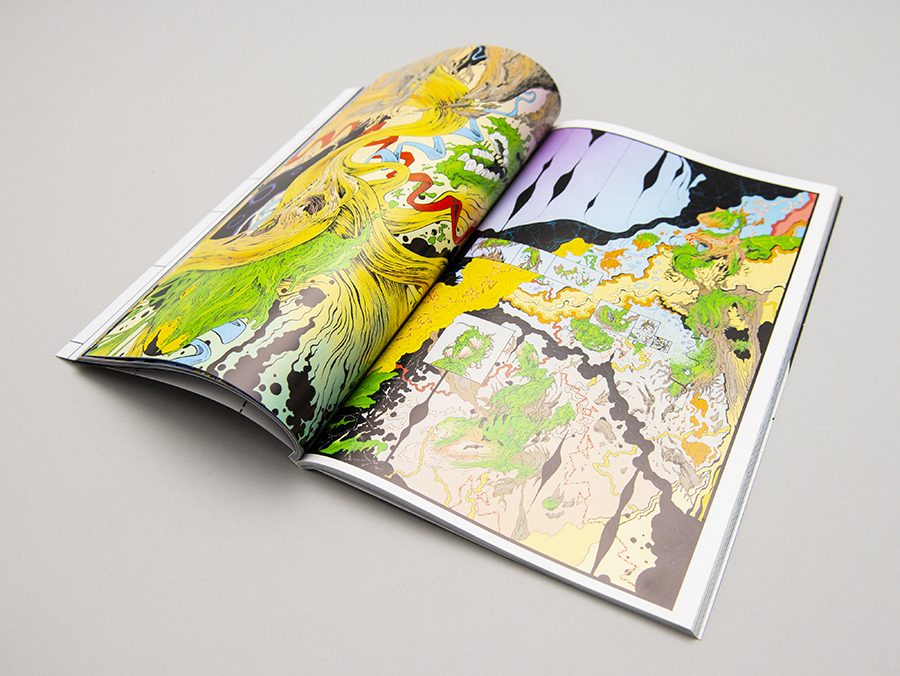 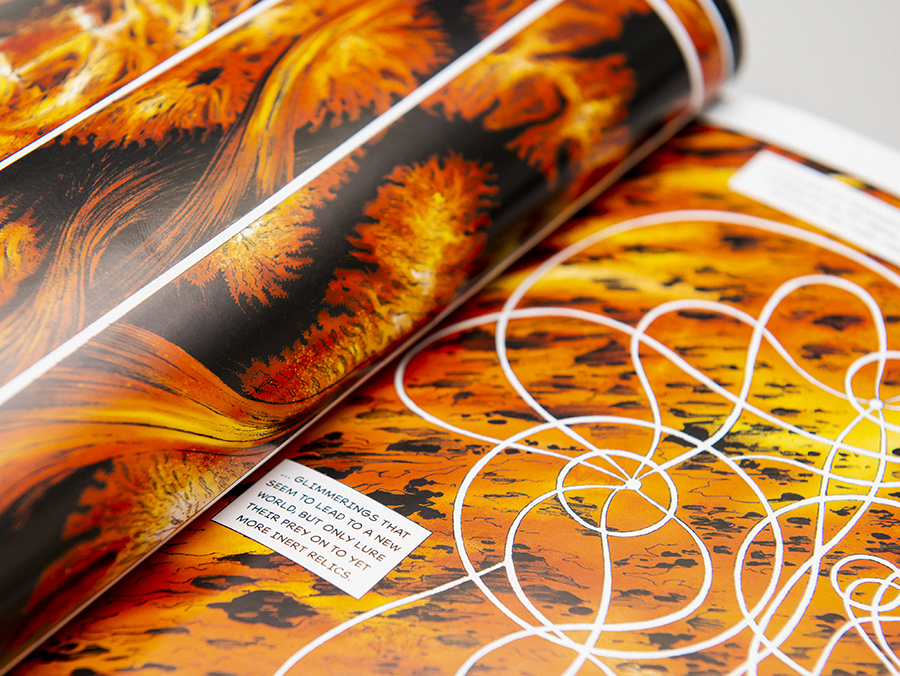 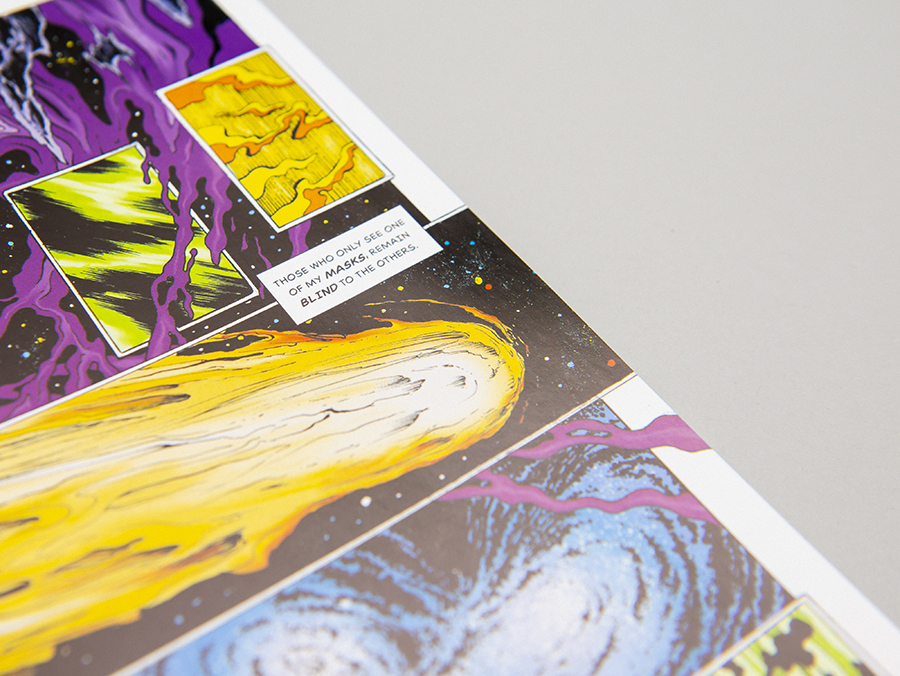 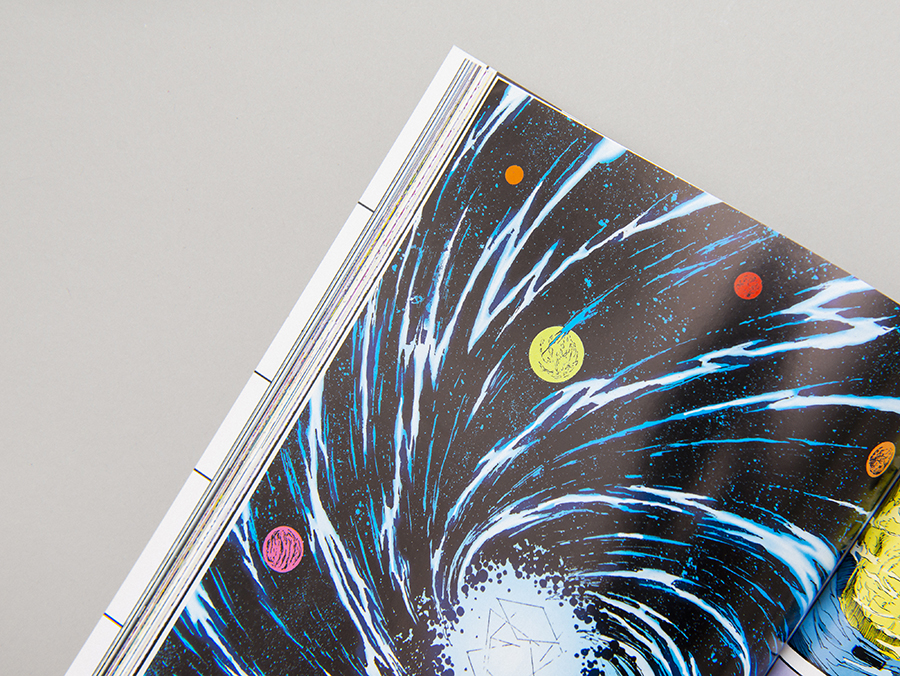 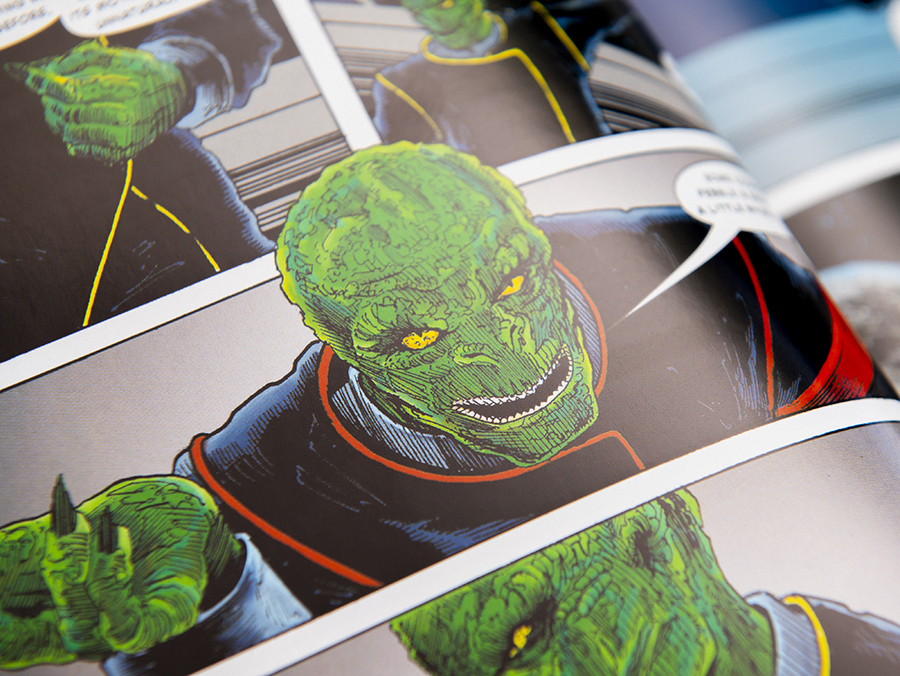 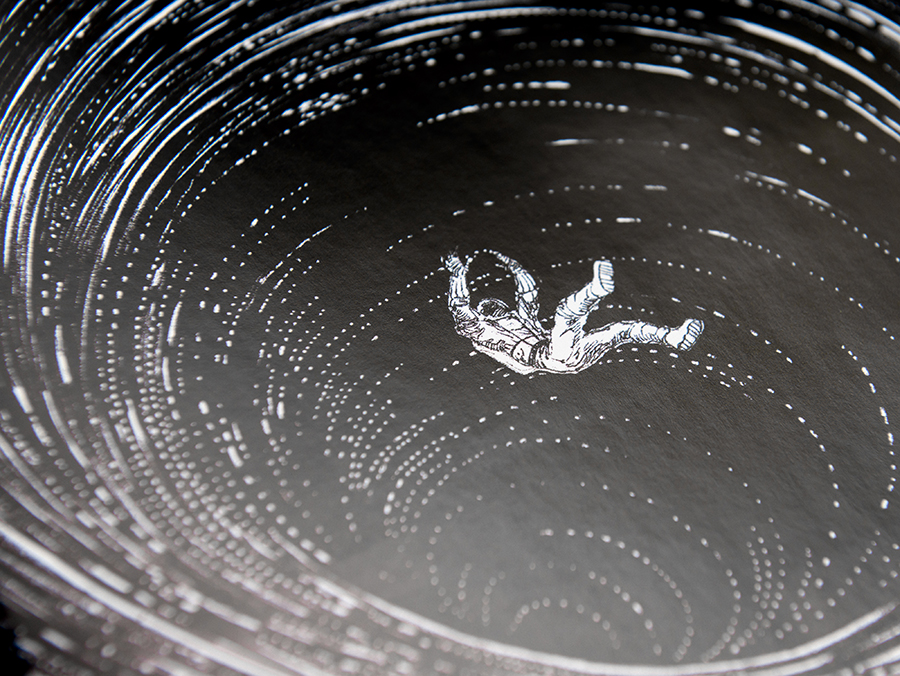 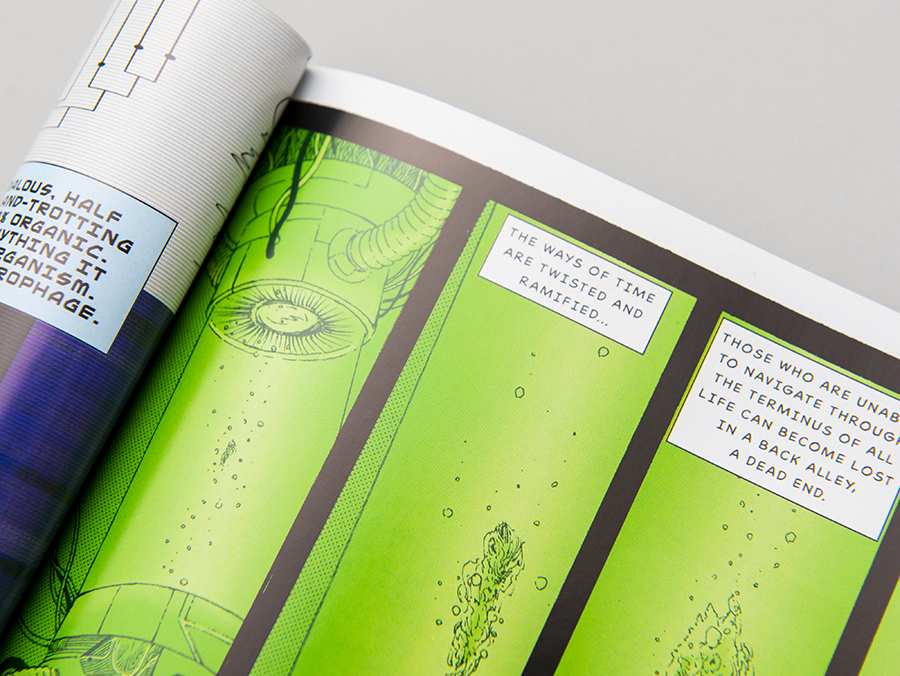 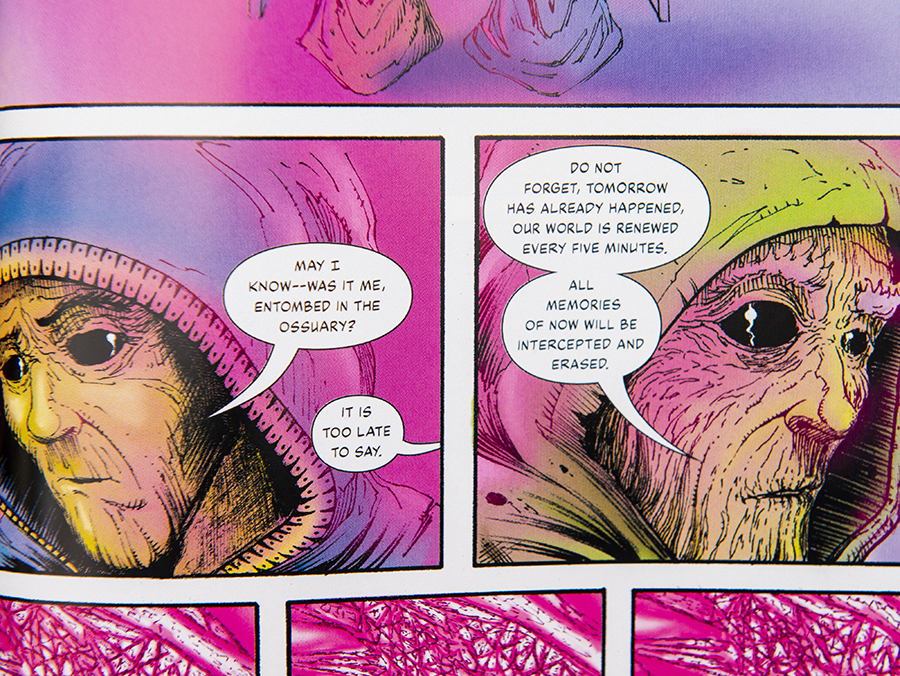 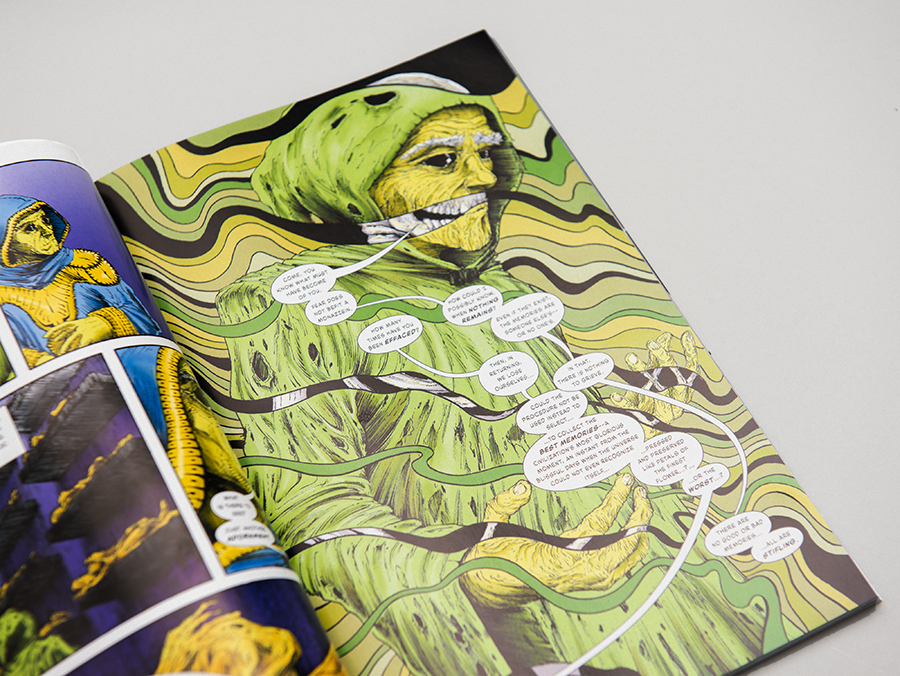 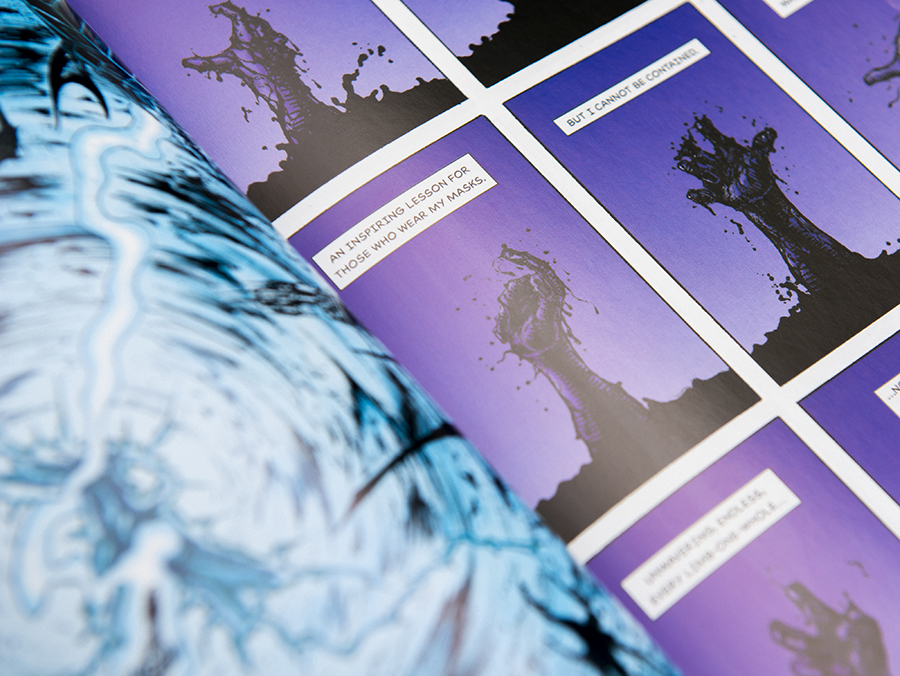 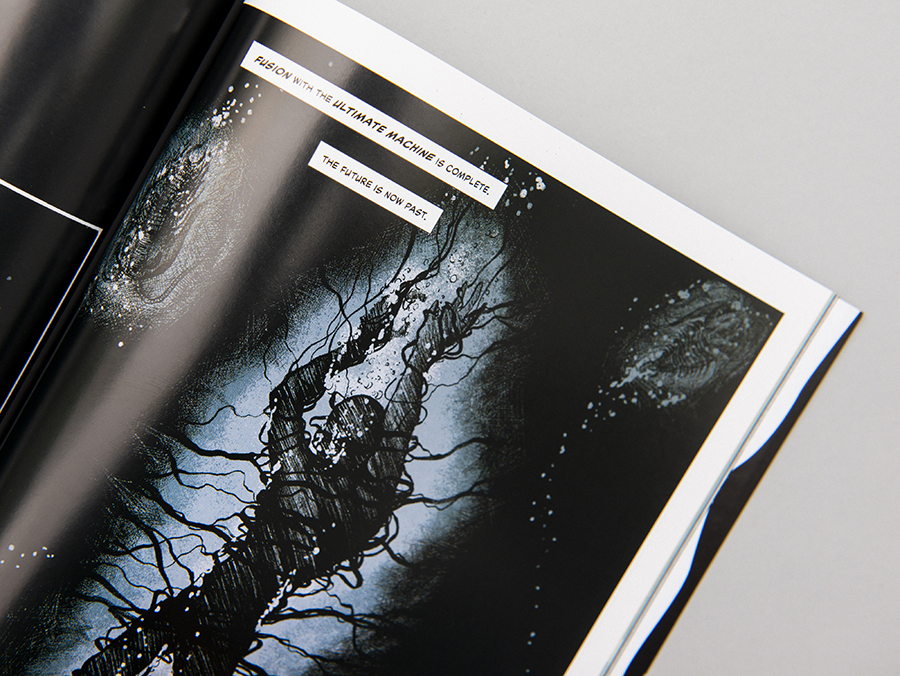 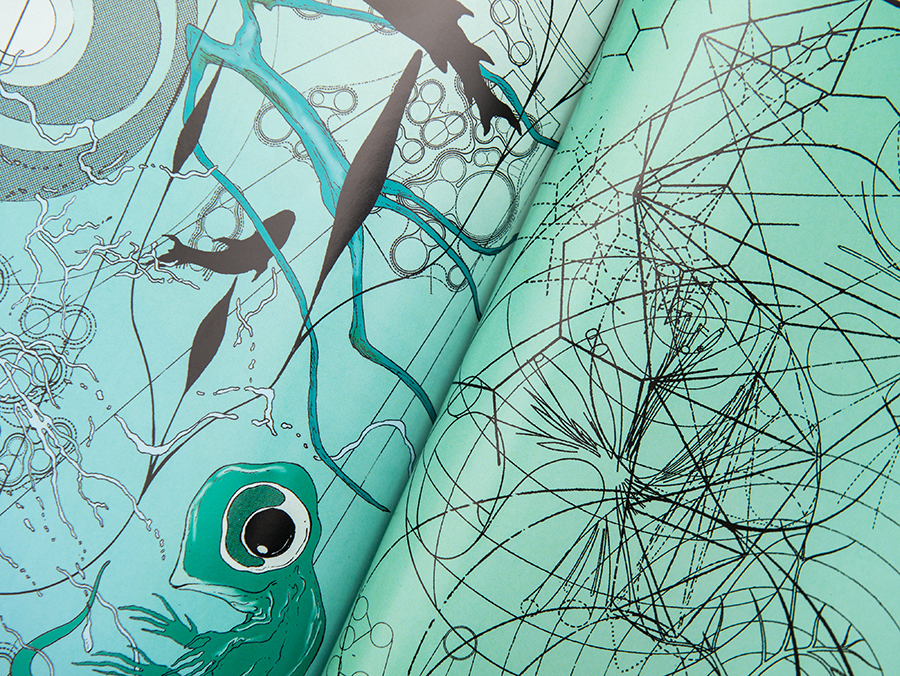 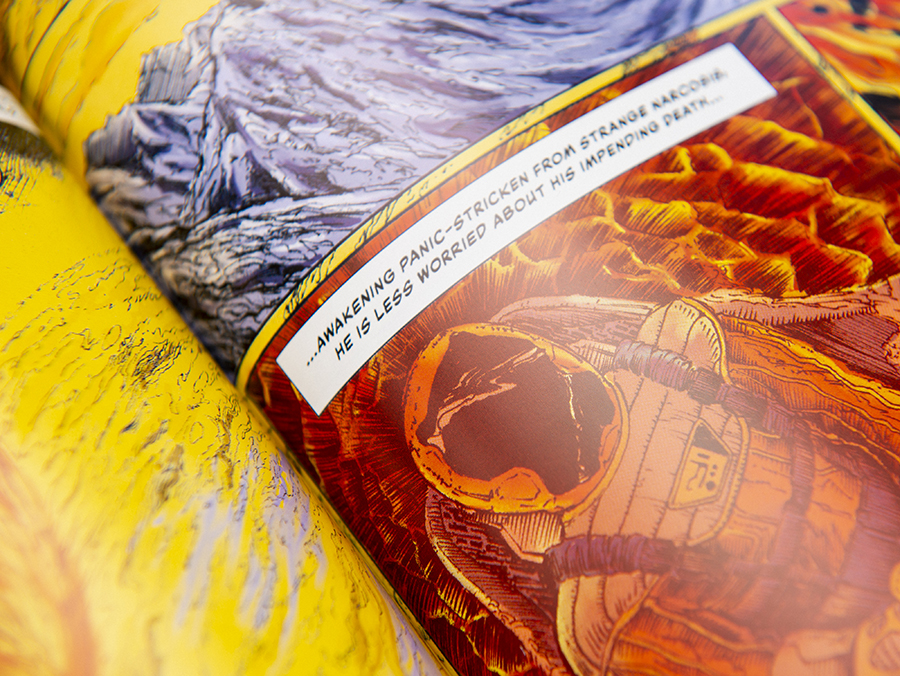 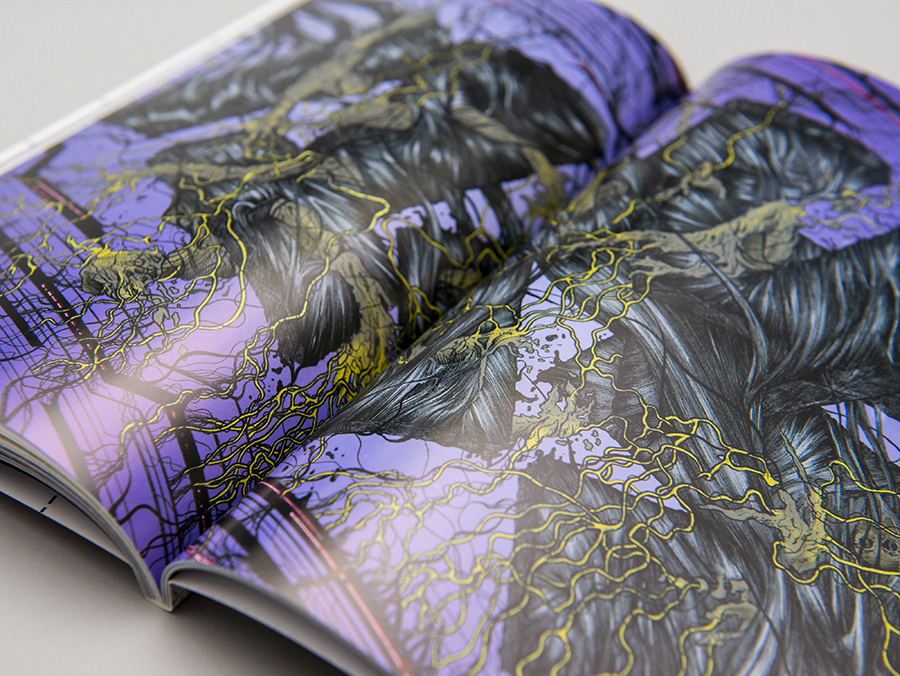 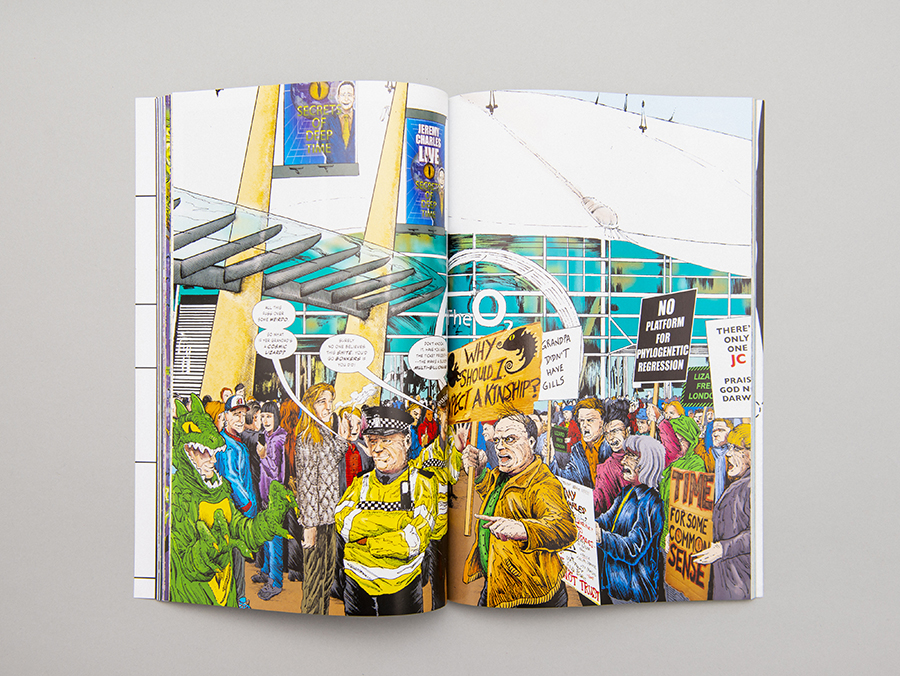 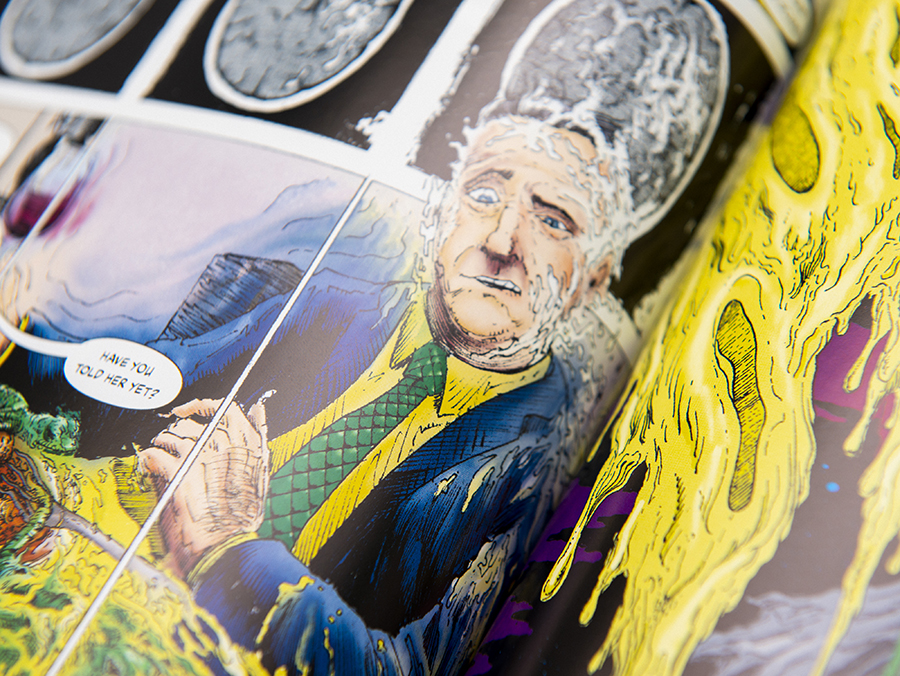 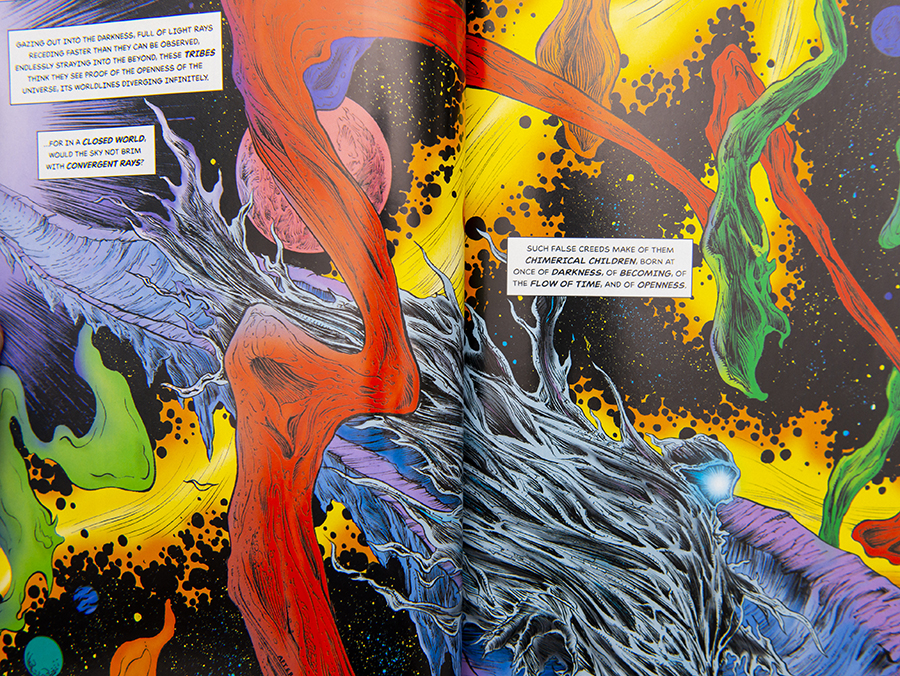 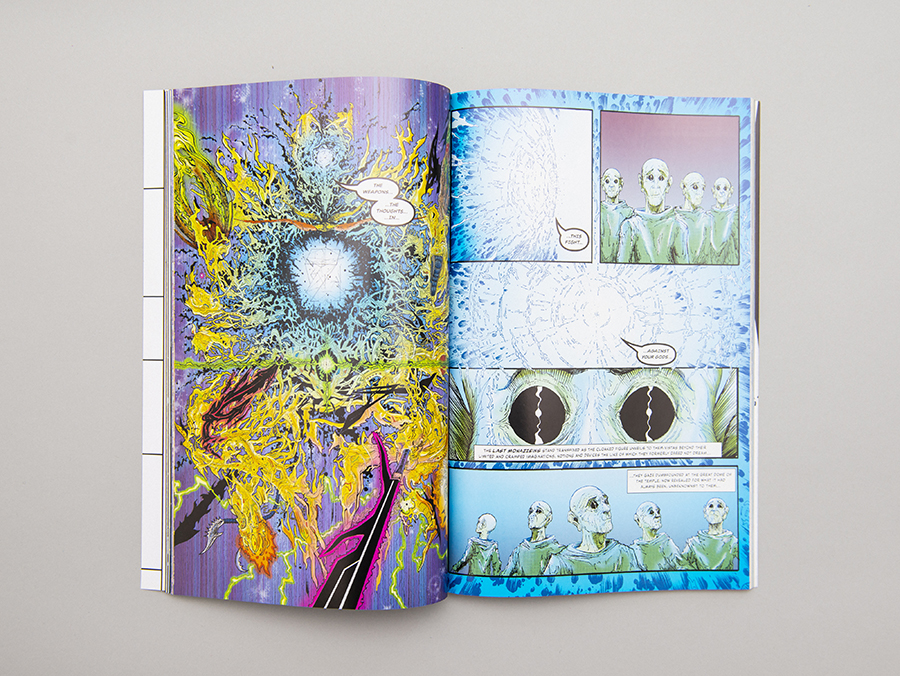 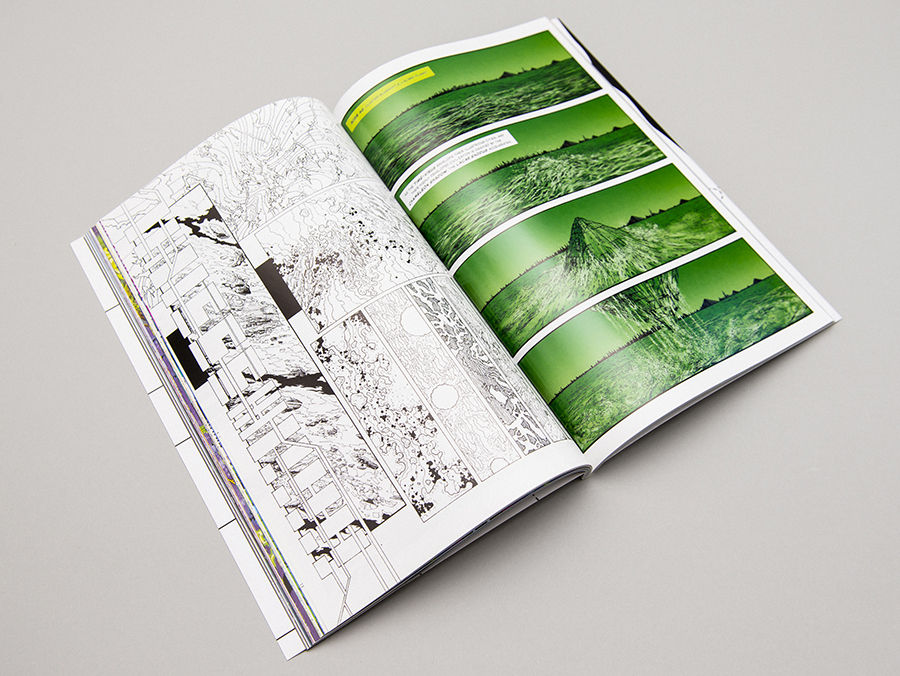 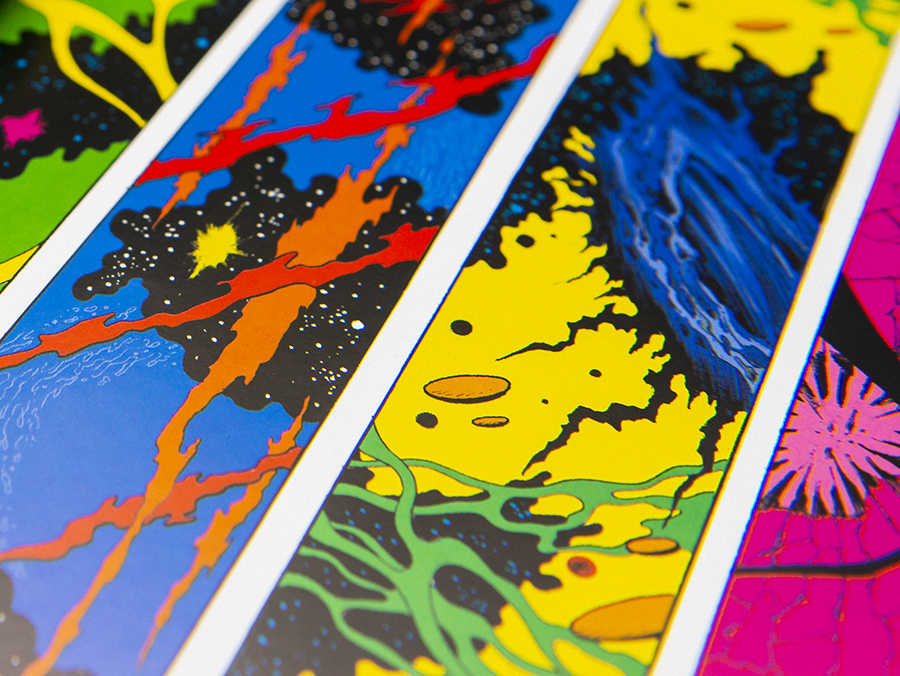 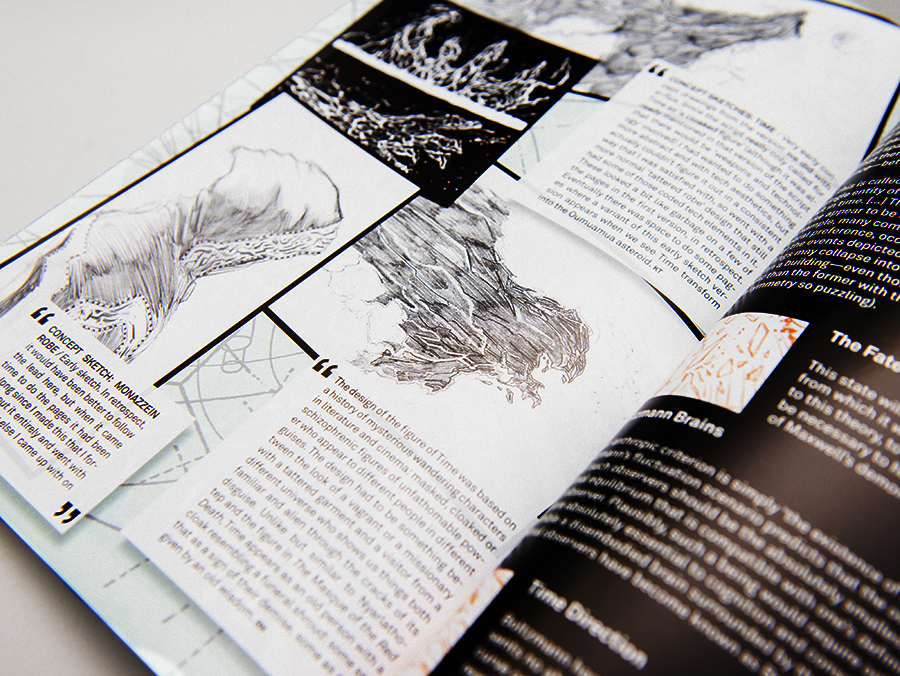 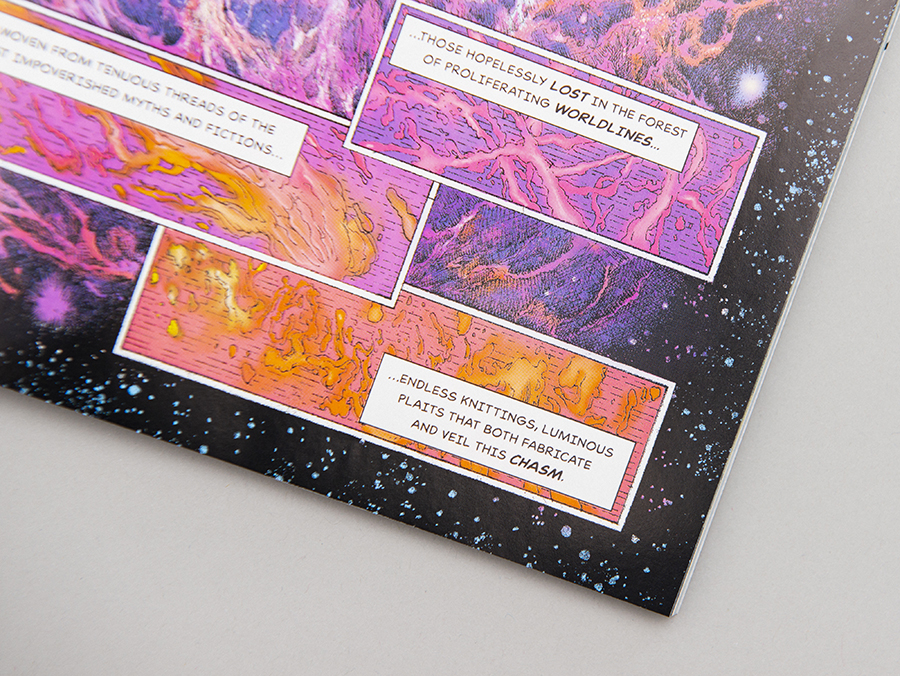 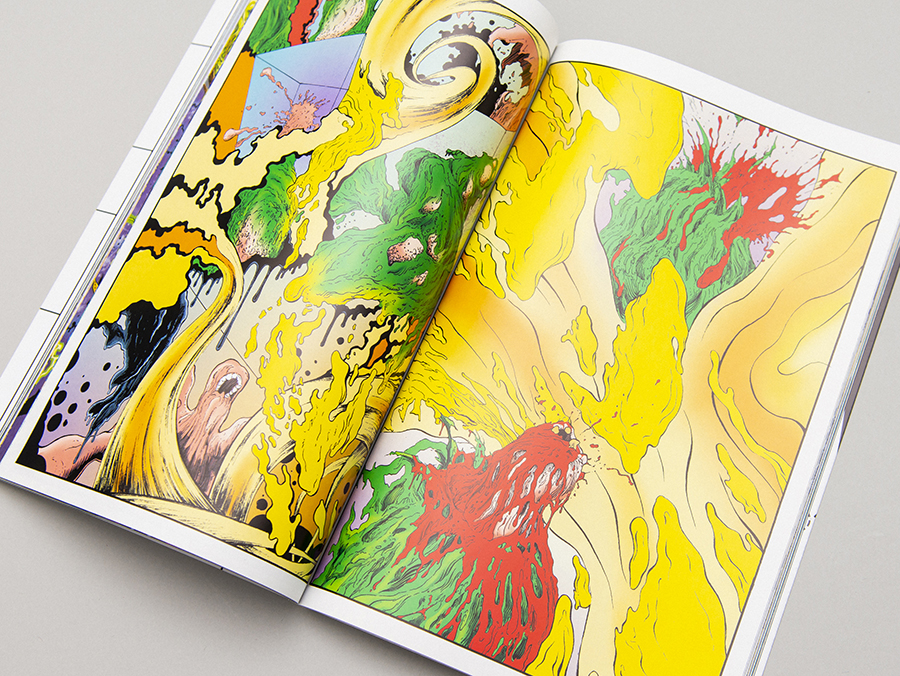 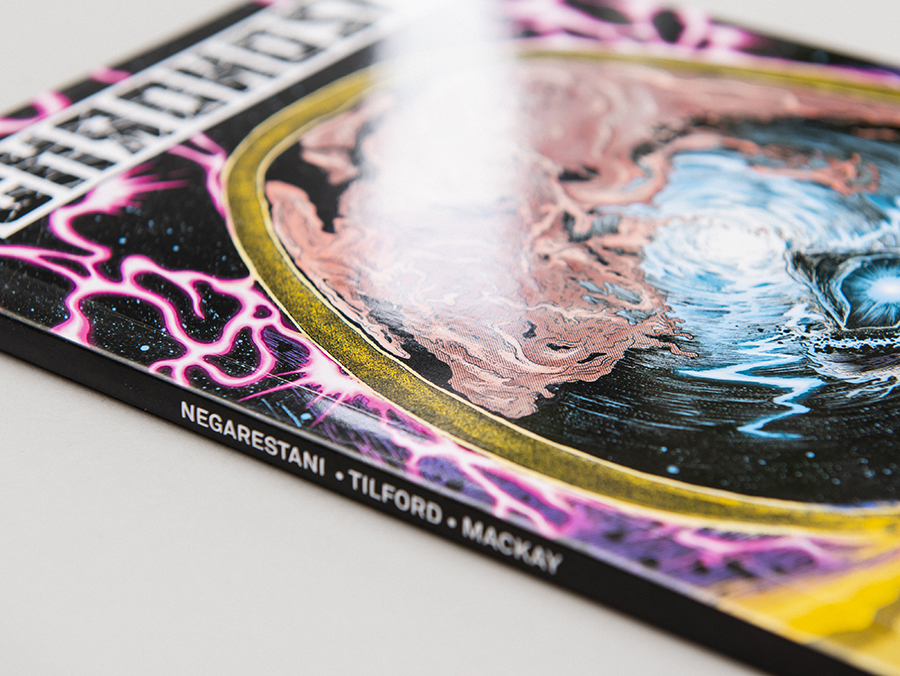 Approaching the comic medium as a supercollider for achieving maximum abstraction, in Chronosis artist Keith Tilford and philosophers Reza Negarestani (author of Cyclonopedia and Intelligence and Spirit) and Robin Mackay create a graphically stunning and conceptually explosive universe in which the worlds of pop culture, modern art, philosophy, science fiction, and theoretical physics crash into one another.

Stalking the multiverse, a strange entity manifests itself in different guises, visiting trauma upon whoever encounters it—whether Jeremy Charles, earthbound hawker of paranoid cosmic visions, or the interplanetary order of the Lacars, intent on extending their galactic empire to planet Earth. This is the figure of Time itself, with whose birth the story of Chronosis begins.

The ascetic order of the Monazzeins, who dwell nowhere and nowhen, are the only ones to have mastered Time, attempting to build bridges between the many fragmented tribes and histories of multiple possible worlds.

A unique fusion of comics culture and philosophical cogitation, this conceptually and visually mind-expanding tale takes the reader on a dizzying rollercoaster ride through time, space, and thought.

This volume contains the entire Chronosis story in full color, along with additional background materials including early sketches, script notes, and alternative covers.

*An earlier, 22-page black and white version of CHRONOSIS was commissioned for the 10th anniversary issue of e-flux journal, #95, November 2018.

Doctor Strange: A Hero of the Mind

A Serial Killer of Memories