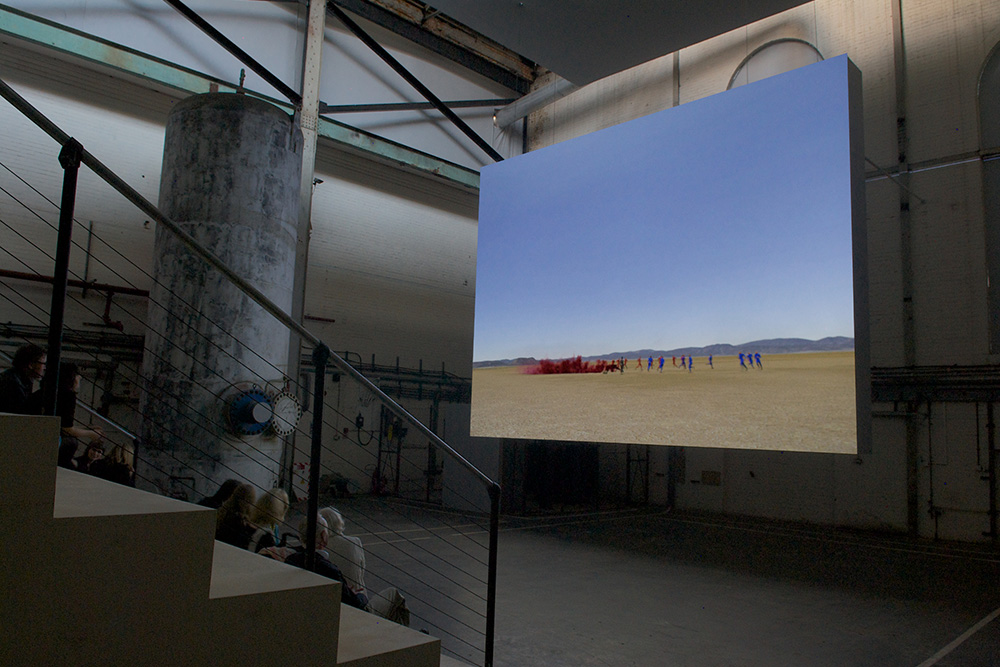 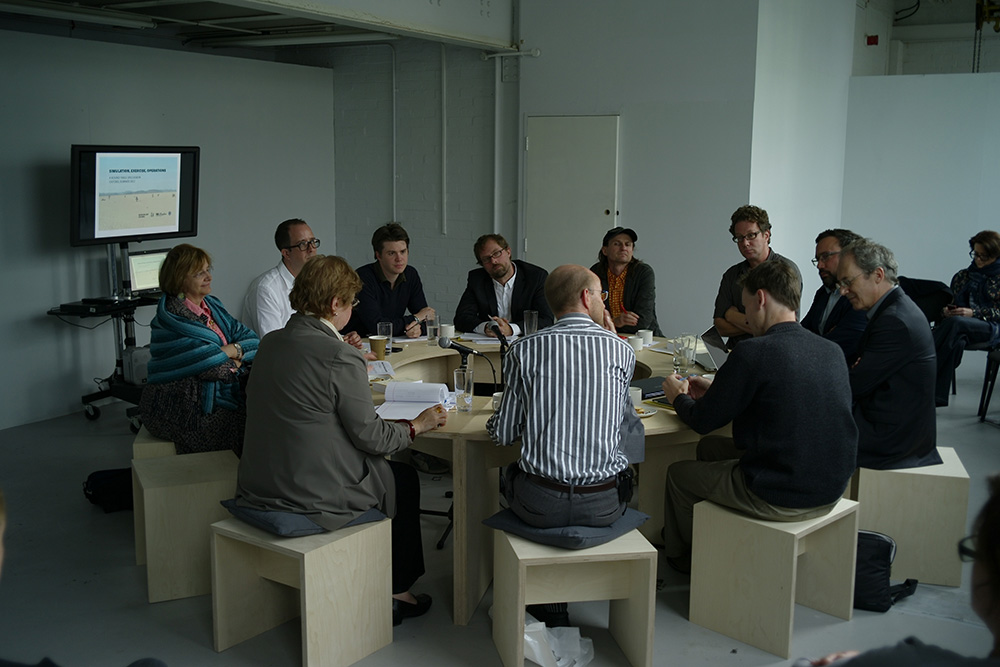 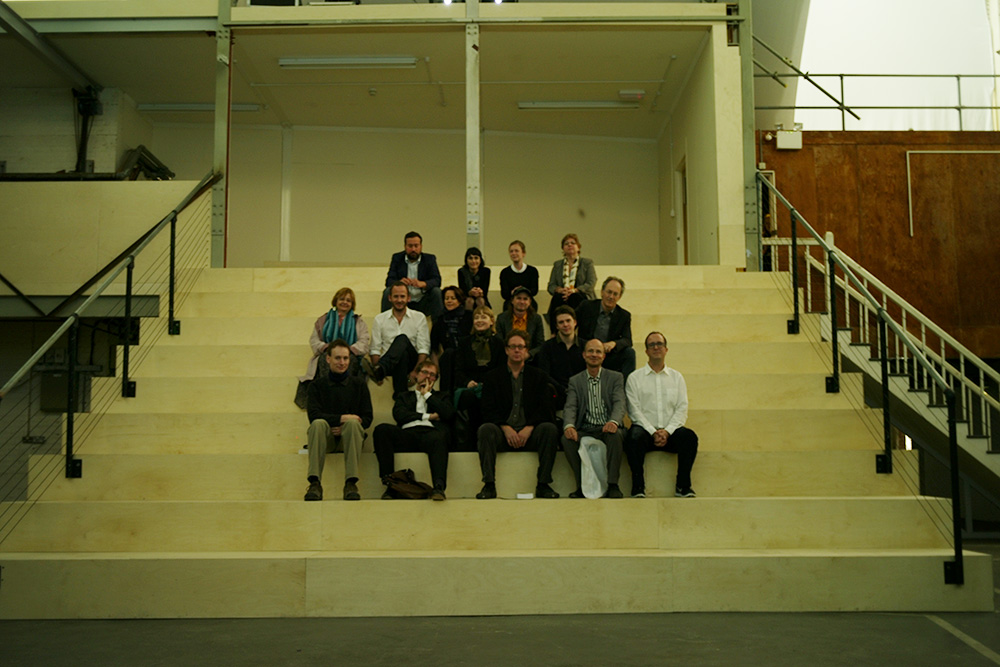 Round table discussion at the Old Power Station in Oxford, during the installation of John Gerrard’s commission Exercise (Djibouti) 2012.

In Simulations (1983), Jean Baudrillard proposed that we had entered into a ‘third era of the simulacrum’ where the simulation ‘is no longer measured against some ideal or negative instance […] it is nothing more than operational.’ The most acute examples of such developments are found in the military sphere, where technological simulation has become an integral part of training and operations; and where, at the same time, media spectacle—often enabled by the same technologies—has become integrated with military power.

Working across multiple media and using cutting-edge technologies, artist John Gerrard’s recent series of work crystallizes, in the concept of ‘exercise’, the nature of contemporary violence, as it operates through the optimisation, technologisation and mediatisation of the human body, in simulations integrated into global networks of power and control. The hybrid vocabulary of parades, exercises, training and display this work explores—at the crossroads of violence and control, spectatorship and universality, real and simulation—was the inspiration behind this round table discussion.

To discuss the constellation of issues clustered around the concept of ‘exercise’, the discussion brought together participants from many different disciplines and perspectives.

An edited transcript of the proceedings was later published as Simulation, Exercise, Operations.