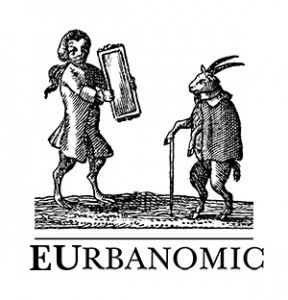 Etienne Balibar on Brexit as inverse Grexit, in Libération: link to original article.

A weak Athens was ostracised from within the frontiers of the European Union. There is every reason to believe that this process will be reversed for the British: the geometry of the European system will adapt itself to reintegrate them by the back door.

Although not at all seeking to minimise the dramatic character of the consequences that will follow the United Kingdom’s vote, both for the British and for Europe, I am struck by the way in which the headlines of the French and overseas press are presenting the situation: ‘After Brexit…’. With few exceptions, they all seem to take it as given that the divorce has taken place. But in reality, we are certainly entering into a turbulent phase whose outcome is not at all clear. It is this uncertainty that I would like to try and discuss and interpret here. As we know, comparison is not rational argument; yet how could we not recall at this moment that, in the recent history of European politics, the results of national and transnational referendums have never succeeded in being implemented? This was the case in 2005 and in 2008 for the ‘European Constitution’ and the Lisbon treaty—and even more so, even more obviously, in 2015 for the Memorandum of Understanding on Greece. The same will probably apply this time. The British ruling class, beyond the personal conflicts that have tactically divided them, are manoeuvring to avert disaster and to best negotiate the terms of the ‘exit’. Certain governments (with the French at the helm), as well as the Commission’s spokesman, continue to bluster (‘leave means leave’). But Germany doesn’t see it that way, and any unanimity between the European nations is only a facade.

Most likely, following a period of tension, whose outcome will be determined not so much by public opinion as by the fluctuations of the financial markets, we will end up with the fabrication of a new geometry of the ‘system’ of European states, in which lack of formal membership of the European Union will always be compensated for by other structures: the Eurozone, but also NATO, the border security system that will succeed Schengen, and a ‘free exchange zone’ that will be defined as a function of relations of economic forces. From this point of view, also, the comparison between Grexit and Brexit may prove instructive: the weakness of Greece, abandoned by all those who, logically, should have stood up for it and supported its claims, has led to a regime of internal exclusion; the relative strength of the United Kingdom (which can count on solid support in the EU) will doubtless lead to a yet more accentuated form of external inclusion. Does this mean that nothing will have really happened? Obviously not. Let’s briefly examine the ‘English side’ and the ‘European side’, before stating why they are not separable from each other, but represent two sides of the same coin.

It is obvious that the particular history of Great Britain, its imperial past, its social history consisting in brutal reversals, must be taken into account in order to explain the emergence of a hegemonic ‘anti-European’ feeling. The analyses that have been put forward show that this general feeling stems from extraordinarily diverse motives, divided by factors of class, generation, nationality, and ethnicity. Potentially, they are in contradiction with each other, and it is this contradiction which has been smoothed over by the discourse of ‘sovereignty’ manipulately used by the Brexit camp. One might ask how long it will be able to mask the fact that, in particular, the economic and social havoc of which a growing proportion of the ‘new poor’ of the UK will be the victims are due to the cumulative effects of neoliberal politics, which have not been imposed on the UK by the EU alone—on the contrary, since the Thatcher epoch, and through the period of New Labour, the EU has been one of the most active supporters of Europe as a whole. In itself, Brexit—however it plays out—will provide no corrective for this situation. Except, of course, if an alternative politics were to gain a majority. But in order for this to happen—and this is not the least paradox of the situation—it would have to find a counterpart on the continent, for the law of competition between ‘territories’ will be asserted ever more powerfully after Brexit.

Which brings us to the ‘European’ side. All specificities taken into account, none of the problems facing the United Kingdom are absent from the other European nations Which shows what truth there is in the ‘populist’ propaganda (‘neither right nor left’) which has now been unleashed throughout the EU, calling for referendums on the English model. Already, in 2005, Chancellor Schmidt observed that, without exception, consultations on the French and Dutch model had everywhere yielded negative results. The crisis of legitimacy, the return to nationalism, the tendency to project social and cultural malaise onto an ‘internal enemy’ targeted by xenophobic and islamophobic parties, have developed everywhere. The Greek crisis has been used by governments won over by social austerity to make public debt into a taxpayers’ phantasm. The refugee crisis has been conflated with questions of security. Clearly, what is manifesting itself in the UK as ‘separatism’ is happening everywhere in Europe, as a tendency toward the fragmentation of societies, the aggravation of their internal and external faultlines.
A better way to say this would be to say that we have crossed a threshold in the process of the disaggregation of the European edifice, not because of the British vote, but as a result of what it has revealed about the polarising tendencies in Europe as a whole, and about a political crisis which is also a moral crisis. Not only do we find ourselves, as I have written before, in an ‘interregnum’; we are seeing a destituting process which, at the moment, has no constituting counterpart.

Are we powerless, then? That is the question. In the short term, I am very pessimistic, because discourses of the ‘refoundation’ of Europe are in the hands of a political and technocratic class which has no interest in transforming the orientation that guarantees it the benevolence of occult power (that of financial markets), and has no wish to deeply reform the system of power from which it draws its monopoly of representation. And by way of consequence, the responsibility of challenging this political class is assumed by parties and ideologues who tend to destroy the links between European peoples (or more generally, those resident in Europe). A very long march will be necessary in order to come together and to clarify in the eyes of a majority of citizens, across borders, the close interdependence between shared sovereignty, transnational democracy, alter-globalization, the co-development of regions and nations, and translation between cultures. We have not reached that point, and time is running out…. Which is one more reason—if we believe in Europe—to tirelessly pursue an understanding of this situation.