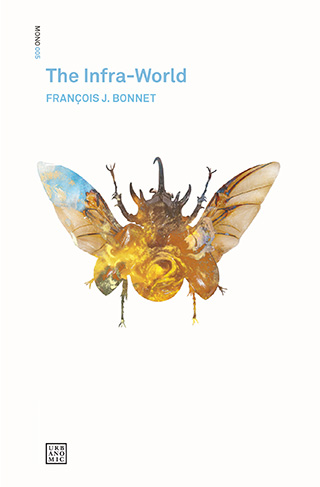 Once clarified and represented, the sensible is destined to become an instrument of knowledge, falling under a reic, thinglike logic, a logic of use which it will now serve. The use of the sensible, consequent to its placing-in-representation, corresponds to its placing in the common, in a community, directly implying what Jacques Rancière calls its ‘distribution’:

I call the distribution of the sensible the system of self-evident facts of sense perception that simultaneously discloses the existence of something in common and the delimitations that define the respective parts and positions within it. A distribution of the sensible therefore establishes at one and the same time something common that is shared and exclusive parts.

This distribution is therefore fundamental, for it founds the space of the political, a space that is established on the basis of an aesthetic, defined by Rancière as a ‘system of a priori forms determining that which is given to sense’. To which he adds:

[I]t is a delimitation of space and time, of the visible and the invisible, of speech and noise, that simultaneously determines the place and the stakes of politics as a form of experience. Politics revolves around what is seen and what can be said about it, around who has the ability to see and the talent to speak […].