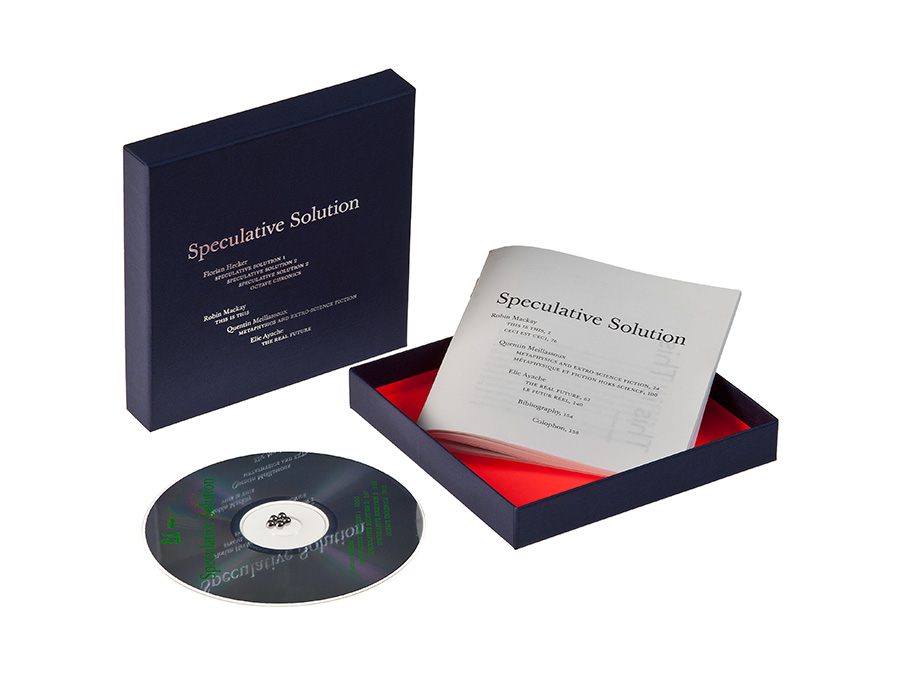 Urbanomic commissioned Florian Hecker to make a new work exploring themes from philosopher Quentin Meillassoux’s book After Finitude. The commission takes the form of a sound piece with additional non-sonic elements. A preview performance took place on 3rd September 2010 at Urbanomic’s The Real Thing event at Tate Britain in September 2010. A further developed version of Speculative Solution was performed at INSTAL in Glasgow, Friday 12—Sunday 14th November 2010. Further performances took place on 30th April 2011 at the Graham Foundation, Chicago, and at Documenta 13 in Kassel, 10 September 2012.

A special CD edition was released by Editions Mego in April 2011 (catalogue no. eMEGO 118), with a bilingual (French/English) book produced by Urbanomic.

The Medium of Contingency

Sound out of Line

A Formal Deduction of the Market

The Writing of the Market (Interview)

In the Middle of the Event

The Medium of Contingency