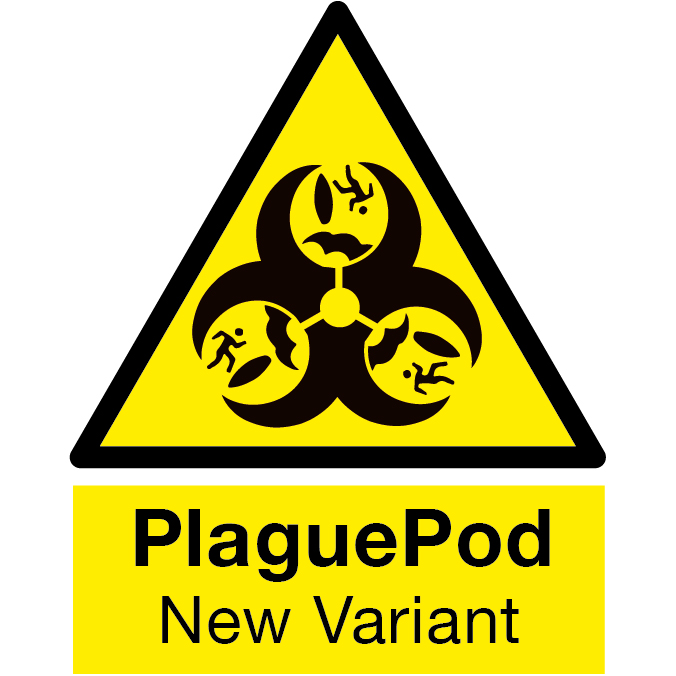 We’re back in lockdown again. So we’re back on air. Pete Wolfendale discusses online personas and exo-selves, Keith Tilford and Iceland Bob give their all-time top ten list of comics, and there are readings from Fanged Noumena and archive recordings of talks by Ray Brassier and Mark Fisher.

G.I. JOE A Real American Hero #21 March 1984. Writing and breakdowns by Larry Hamma, finishes by Steve Leialoha. Of significance because it is a silent comic. This of course causes problems for anybody wanting to reductively define the comic form via the combination of words and images. But the Sellarsian route could always be taken I guess: images inherently have sentential content.

Marvel Comics Presents #72-84. This is the Barry Windsor Smith Weapon X storyline, written, drawn, and colored by him. It is one of the first of many and at this point now very confusing Wolverine origin stories. It is just hands down some of the best mainstream comic book art there is. BWS did early work on X-men, and some great work on Conan, but this run is really the highlight of anything he ever did for Marvel. He has a forthcoming graphic novel with Fantagraphics that he has been working on for ages.

Jack Kirby’s adaptation of 2001: A Space Odyssey. But it has to be the oversized Treasury Edition from 1976. This one is just better than the collected smaller issues and sticks to the film plot line without going off into the sprawly Kirby-invented mythos add-ons that are in the individual comics. It is just some great classic Kirby with some of the best examples of his abstract spacescapes.

Liam Sharpe and Grant Morrison on Green Lantern. I typically just don’t care much for DC but this recent creative team-up has Sharpe at the top of his game. He’s an artist who came out of the 2000AD British comic magazine scene, and also did some great work for American Marvel comics in the 90’s, which is where I first encountered his work. This run has him pulling out all the stops: standard analog pen and ink work, black and white painting, lush Heavy Metal magazine sci-fi fantasy style painting, old school Kirby style…each deployed to match whatever weirdness Morrison was writing.

Sam Kieth on Marvel Comics Presents. Kieth started out doing some work with Sandman, and did an Alien storyline for Dark Horse in the 90’s that I loved. I followed his work over to Image when he started drawing The Maxx, which some people who weren’t into comics at the time might remember from its adaptation as a cartoon on MTV. Kieth’s work is just so bizarre, and he is a master inkslinger. This run has him doing a Wolverine storyline, and a lot of cover work where we get to see him draw Marvel’s most popular characters at the time, like Cable, Venom, and a really weird version of Ghost Rider.

Hard Boiled by Frank Miller and Geof Darrow. More for Darrow than Miller’s story. Darrow draws everything in a super-tight, technical, and highly detailed style using the same line weight to describe everything. No doubt Quitely takes this technical lineage as his point of departure. There are just so few artist working today who can pull this off, or who would want to.

From Hell, story by Alan Moore and art by Eddie Campbell. A highly historically researched story about Jack the Ripper with all of Moore’s own bizarre occult injections. Campbell’s style is just a perfect compliment here. It’s drawn in an old-timey, early 20th century illustration style that fits the period of the story.

Charlse Burns, Black Hole. Burns is a great example of “enabling constraints”. His style has very specific rules that he follows masterfully, and the worlds he creates seem to escape the logic of what those rules should allow. Black Hole is a great, grotesque, coming of age story about a town, and an STD that gives people monstrous disfigurations.

Anything Mike Alred. He came to fame with his own Madman comic but has since done some great work for Marvel, including a run on Silver Surfer that I love for all of its old school cosmic comic weirdness.

Anything Jim Woodring, but the Frank comics especially. Psychedelic cartoons with laser precision line work, what’s not to like?

Todd McFarlane’s run on The Amazing Spiderman in the 90’s. If it weren’t for the Toddfather’s work on these comics, I don’t think that I ever would have had ambitions to be a comic book artist when I was growing up. McFarlane’s version of Spiderman is just so iconic. Not only are the acrobatics of the character outside of what any other artist really did with him to that point, but McFarlane also gave Spiderman his signature giant eyes and spaghetti webbing (although technically it may have been Erik Larsen who first came up with drawing Spiderman’s webbing this way). Beyond this, McFarlane is just a great storyteller with a brilliant design sense who created some really innovative panel layouts. Sure, he lacks fundamental skills and never bothered to learn anatomy, and has a very cartoony style that the old guard just hated, but he undeniably just knows how to make things look cool with that idiosyncratic Michael Golden/Gil Kane/Art Adams inspired “noodling” using a Hunt 102 nib. At this point in my life, McFarlane’s Spiderman is no longer my favorite version of that character, but it certainly was when I was a kid. This run is also historically significant, because it really marks the point at which artists became the most significant marketing tool for the industry, however that may have happened or however much things have changed since. McFarlane became so successful on this run that Marvel gave him his own Spiderman title (just like they would do with Jim Lee on X-men). McFarlane, along with all of Marvel’s most fan-favorite artists would then band together and split with the company to found Image comics, nearly bankrupting Marvel at the time in the ensuing comic collecting speculation bubble. As an example of how insane this period in comics was, Jim Lee’s X-Men #1 sold eight million copies, and there were hardly that many comic readers, if there even are today.

We3 from Grant Morrison and Frank Quitely, but anything that Quitely draws, really. These two also teamed up on New X-Men for Marvel which is superb for both story and art. Issue 121 is noteworthy because it is a (mostly) silent comic involving Jean Grey and Emma Frost on a psychic mission into the mind of Professor X, who is in a coma. Jonathan Hickman and artist Russel Dauterman did a really great homage to this issue in 2020 with Giant Sized X-men: Emma Frost and Jean Grey.

Travis Charest in Jodorowsky’s Weapons of the Metabarons. Charest did bits of work for DC and Marvel before moving over to Image Comics where he completely changed his style, developing a highly technical comic book realism that influenced a generation of artists. Metabarons is some of the last story art that he did and he was really at his best here (although even the 90’s WildC.A.T.S. from Image is great to look at). He seems to only work digitally now on cover commissions which is a real loss.

Jim Steranko’s adaptation of Outland as a sci-fi noir comic that appeared in Heavy Metal magazine.

Daredevil #158-191, the infamous Frank Miller run. This is Miller before Dark Knight and Sin City, and is probably of more interest to me because Klaus Janson handled the inks, or in many cases the “finishing” over Miller’s rough layouts. Janson is one of the best inkers out there, and an amazing artist in his own right.

Bernie Krigstein, “Master Race” in IMPACT from EC comics, 1955. Anything EC Comics, really, since they had a roster of such amazing artists like Wally Wood, Jack Davis, and Graham Ingels. This one is significant because it is the first comic book story about the holocaust, and Krigstein’s storytelling is superb.

Love and Rockets by Los Bros Hernandez (Mario, Gilbert, and Jaime). Coming out of the independent comics scene in the 80’s this is probably the most accessible comic on this list, and one of the best and most historically significant examples out there of how great Alternative comics can be. With different ongoing storylines and a large cast of characters from each of the brothers, there’s likely to be something for everyone. Most if not all of these have been reissued by Fantagraphics.